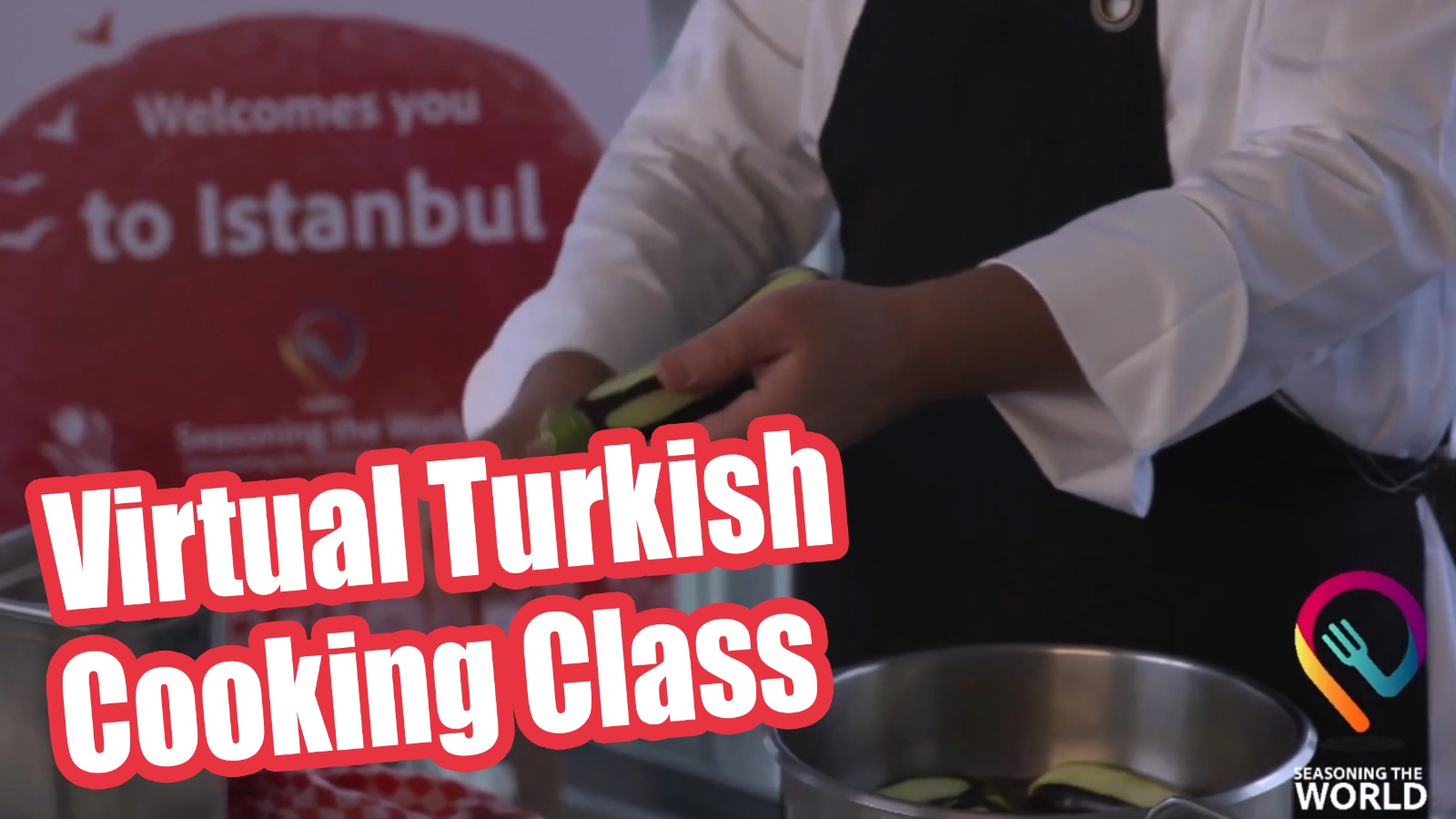 Turkish cuisine is the similar version of Ottoman cuisine with some additionals from Central Asia, Middle East, Balkanian & mediterranian cuisines. When you take a look at the whole frame, Turkish cuisine is full of varieties. Aside from common Turkish specialities that can be found throughout the country, there are also many region-specific specialities. The Black Sea region’s cuisine (northern Turkey) is based on corn and anchovies. The southeast—Urfa, Gaziantep and Adana—is famous for its kebabs, mezes and dough-based desserts such as baklava, kadayıf and künefe. Especially in the western parts of Turkey, where olive trees are grown abundantly, olive oil is the major type of oil used for cooking. The cuisines of the Aegean, Marmara and Mediterranean regions display basic characteristics of Mediterranean cuisine as they are rich in vegetables, herbs and fish. Central Anatolia is famous for its pastry specialities such as mantı and gozleme.
Турецкая кухня.Кулинарный мастеркласс